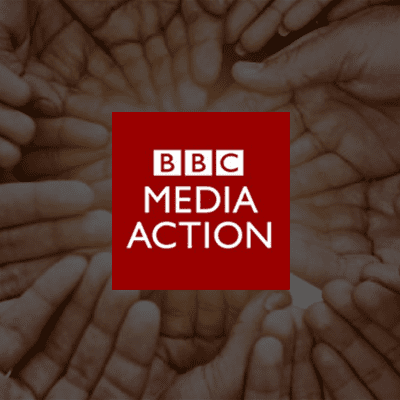 “Ballard Chalmers consultants are easy to work with, flexible and extremely keen on listening to problems and developing fit for purpose solutions. At no point were they overselling.” Abdul Hakim, BBC Media Action

BBC Media Action provides access to information and platforms to enable some of the poorest people in the world to take part in community life and to hold those in power accountable.

Their programmes promote and protect high-quality journalism and strengthen public service broadcasting, particularly where media freedom and freedom of speech are under threat. They also use the power of the media to foster grass-roots economic and social repair in areas that have suffered a major breakdown of social systems such as armed conflict.

Operating in 24 countries from London headquarters, an effective and robust communication and collaboration system is essential for journalists and administrators to develop research and forward campaigns. Ballard Chalmers was asked to design and produce a SharePoint Server system that could form the backbone of the network and facilitate collaboration between the many people involved in their programmes.

The Ballard Chalmers solution covers the development of a single site collection, deployed on an existing externally facing SharePoint farm hosted and managed by BBC Worldwide. Since an upgrade to a new version of SharePoint by BBC Worldwide is envisaged, the BBC Media Action site had to be designed with a minimum of custom code to allow for an easy future transition.

BBC Media Action is structured in 3 main hubs, and the Africa hub with about 35 users and 50GB of storage was chosen to pilot the new SharePoint portal. Sufficient bandwidth was already being provided as part of an ongoing upgrade process. The SharePoint Portal is structured in a similar way with main sub-sites of the Home page for Hub, and sub-sites within the Hubs for each country.

The African Hub includes 9 Countries and provides collaboration features including:

After success with the African hub, the SharePoint Portal was rolled out to the remaining Asia and Middle East hubs.

Ballard Chalmers is proud to be helping to facilitate their activities.

“Ballard Chalmers consultants are easy to work with, flexible and extremely keen on listening to problems and developing fit for purpose solutions. At no point were they overselling,” said Abdul Hakim, Head of Infrastructure Strategy & Architecture at BBC Media Action.