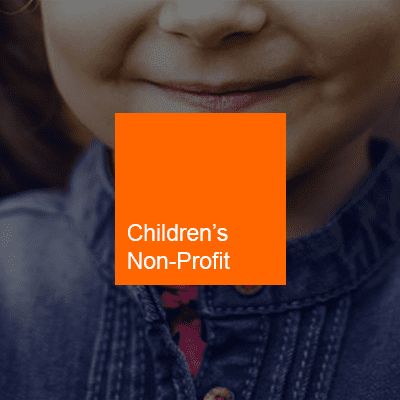 “[Ballard Chalmers] were great, often going above and beyond the required elements to provide excellent service. They communicated every step of the process, providing up-to-date information so that I didn’t have to chase them down.”

This foundation is a leading UK centre for children and young people with complex neuro-disabilities such as cerebral palsy, which provides both education and care services.

After a recommendation, the client, a non-profit organisation that helps children and young people with severe disabilities, contacted Ballard Chalmers for assistance on a small SharePoint intranet project. Whilst Ballard Chalmers was initially hired for this, the scope expanded to a much bigger development of a cloud-based SharePoint portal to allow for secure sharing of documents online.

The client’s initial concern had been that a remote access solution would require a lot of effort on the part of the user, which could lead to alternative, more unsecure file sharing methods, such as email. However, a SharePoint portal would solve this by making it simple for users to access to documents whilst not on the network, and making it easy to view, work on and share files remotely in a secure way. Further, it would centralise information and so help to streamline internal communications.

The existing intranet was a SharePoint 2016 Enterprise Edition Farm, running on a single server using both a web front end and an application server. A separate SQL Server instance was supporting the farm and the entire farm was virtualised.

The SharePoint portal implemented by Ballard Chalmers now simplifies document management and workflow approvals. For example, the team created a feature which allows a user to click a button when a document needs approval. The system then sends a notice to the governors’ clerk, who can make changes to the document or accept all the edits.

A separate workflow also automatically transfers the document to the approved document library that is visible to end-users.

“The new system is so much better than what we were doing in the past. We were sending a large amount of documents through the mail, and now the governors and trustees can access them remotely and securely online. Previously the clerk had to copy and paste each document to a shared drive, and also send them via email. The new workflow approval simplified the process from 10 steps to two,” said the client’s IT Services Manager.

“[Ballard Chalmers] were great, often going above and beyond the required elements to provide excellent service. They communicated every step of the process, providing up-to-date information so that I didn’t have to chase them down,” said the IT Services Manager.

He continued, “They’ve done a great job explaining everything to me, in a technical way and not as a sales pitch. The team demonstrated how to most effectively use SharePoint for the organisation, including what tools can be changed and manipulated to best suit the portal. I was also impressed with their can-do attitude, and how they approached the challenge of making the project work within a non-profit budget.”

While it remains in the test phase, the portal is already demonstrating significant time-saving benefits for the client.