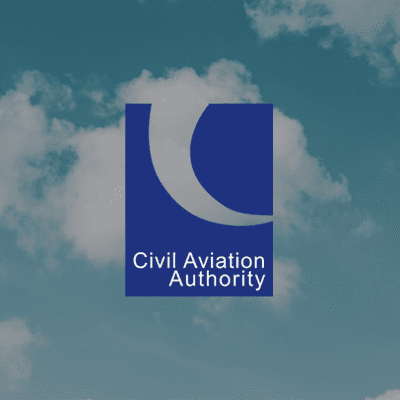 “Andy provided very positive input to the team working on this project, which was completed successfully on time and to specification. We hope to re-engage him in the near future.” Head of Business Solutions, ISD, CAA

The Civil Aviation Authority is the organisation which regulates civil aviation in the UK. It is responsible for supervising the issuing of pilots’ licences, testing of equipment and more.

The Civil Aviation Authority (CAA), as part of their remit to regulate aviation and provide air traffic services in the UK, issue ‘Permits to Fly’ to small non-commercial aircraft such as microlights and gyroplanes, according to a set of weight and airworthiness rules.

Previously this was managed manually — the aircraft owner downloaded and completed a PDF from the website, scanned and returned it via email. The data was then validated manually and input into a database before the permit could be issued. This was a costly and time-consuming process but the CAA had no in-house resource to overhaul the system and needed to start the project quickly.

The client’s usual supplier was unable to source the right person in the timeframe required, so the CAA approached Ballard Chalmers for .NET expertise. They required someone with a broad but specific set of technical competencies to start immediately. We were able to identify the ideal consultant and place him without delay.

The brief was to design and build a .NET application that could fulfil the whole process end-to-end. This allowed the user to log in or register, answer a set of tailored questions that would trigger the PDF for completion by email. The form could then be validated digitally and the permit printed.

Our consultant worked in tandem with the senior management team at their offices, firstly engaged in a fact-finding mission to develop the specification, then designing and building an app loosely based on a system already in use elsewhere in the organisation.

The remit also involved show-and-tells and solving the analytical issues that arose during the collection and validation of the requisite data in order to issue a ‘Permit to Fly’.

The successful completion of this project has enabled CAA to redirect their staff and resources to other areas of their business. Ballard Chalmers supplied a consultant that not only met all the technical requirements with the immediacy required by the client but was also able to work on-site, answering questions and problem solving as the need arose. He became a valuable member of the team and was able to drive the project forward quickly. This started an ongoing relationship that has spun into different developmental work across the organisation.

Of the project, Matt Taylor, Head of Business Solutions at CAA said, “Andy provided very positive input to the team working on this project, which was completed successfully on time and to specification. We hope to re-engage him in the near future.”
Back To Top