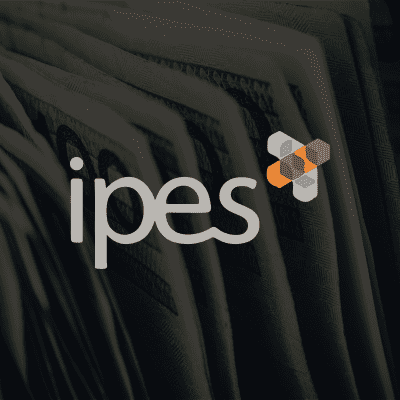 “CapitalTracker now controls every aspect of our business. That’s why the partnership with Ballard Chalmers has been so important. The programmers work for me, but are supported by their full technical team – it’s the best of both worlds.” Director of Development, Ipes.

Ranked as one of the top five fund services providers globally based on private equity assets under administration, Ipes administers almost $100 billion of investments for private equity clients including buyout, venture capital and listed funds.

Many of the firm’s competitors relied on off-the-shelf software packages, which Ipes found lacked the flexibility to fully meet client demands. In 2010 and doubting that suppliers of existing software systems would be willing to provide the required enhancements, Ipes decided to invest in the development of their own platform, which would offer significant benefits to clients and to their internal operation.

In the spring 2012 edition of CIO Connect Tim Andrews, Director of Development at Ipes said, “We realised that if we used all the standard systems, they would be too inflexible and would not actually support the processes we use, so we decided to build all our own systems.”

Ipes wanted to enable their own staff, their clients and clients’ investors to have real-time views of investment activity, transfers, and multi-national bank transactions. The platform specification needed to include customisable live data views, reporting and document storage and provide the ability to deal with all internal book-keeping and reconciliation functions. For the first-time clients would have web-based access to live banking information without the need for uploading to a presentation system. Client portals could also be customised depending on individual requirements to include different levels of access and accommodate preferences in terms of layout and presentation. The platform would lead the way, compared to competitor capability.

With proven expertise in delivering custom enterprise software development to mid-size and large organisations, Ballard Chalmers was brought in to design and deliver the system to Ipes’ precise requirements.

Ballard Chalmers provided a full development team. Initially this was as an external project based at our own offices, and, once the first system version was completed and live working as an embedded team within Ipes, but still based at our HQ and with the proactive guidance of Ballard Chalmers’ Chief Technical Officer Geoff Ballard.

Geoff had conceived and designed the system, and with his deep experience of the Microsoft Application Platform he was a key factor in the architecture design and its implementation. The result was CapitalTracker.com, the first entirely web-based system in the field, with an app-based architecture enabling customised views of data in real-time to all users. Investors could now see live valuations, transfer information and obtain up to the second reports; clients could view the information for all their investors; and Ipes staff now had access to the same information across all funds being managed.

The technology behind CapitalTracker is primarily ASP.NET, C#, SQL Server and T-SQL.

All banks subscribe to the SWIFT system for transfers, and Ipes became the first and only independent private equity fund services provider to join. Capital Tracker therefore directly accesses the same information as the banks. Capital Tracker is also flexible enough to allow for branding by Ipes clients, who can then not only offer their investors financial statements and information relating to transactions but also document storage, partnership agreements and KYC (Know Your Customer) compliance information. Additionally, it handles secretarial work such as registration with local regulators. It is a single system with many views, all live.

Traditionally two-thirds of transactions benefit from straight-through processing, the remainder requiring manual intervention within the banks. SWIFT membership and CapitalTracker now enjoy 95% straight-through processing. In turn, this means the banks allow later cut-off times, and Ipes has been able to negotiate lower rates for clients. Transfers are liable to high pressure from investors and this has been much reduced. CapitalTracker.com was launched in the latter part of 2011 and was instantly popular with all stakeholders. The Ballard Chalmers relationship continues and two developers remained with Ipes under long-term contract to support the system and develop further enhancements.

“CapitalTracker now controls every aspect of our business. That’s why the partnership with Ballard Chalmers has been so important. The programmers work for me, but are supported by their full technical team – it’s the best of both worlds” said Tim Andrews. He continued, “This gives us continuity at reasonable cost and maintains the relationship with Geoff and the Ballard Chalmers team. It’s our software and we have the flexibility to add enhancements when we want, and we are well supported by Ballard Chalmers.”

Geoff Ballard added, “Capital Tracker is a virtual back office. It was built using Ipes’ forensic knowledge of how their business ticks. This enables them to focus on their clients’ needs without compromise and because they have total control of the software, they can respond quickly.”

Andrew Chalmers, Managing Director at Ballard Chalmers said, “Capital Tracker has been a real success for both Ipes and us. We needed to resource developers to embed within the client team. So this meant not only finding people with the exact, necessary skills to work on this extremely technically specific job but also personalities who were the right fit for the existing Ipes team. We delivered in both respects and the fact that Capital Tracker has been such a great success is a testament to our expertise in software development, which we are really proud of.”

Highlighting the continuing success of this project, in 2013 Ipes won the major UK fund manager Hermes GPE account due in a large part to Capital Tracker. In this article on businesslife.co Karen Sands from Hermes GPE said, “We felt Ipes was a good fit for us and our investment style…We wanted to make our information-sharing process as smooth as possible and work with a depositary whose technology facilitates electronic record keeping. Capital Tracker ticked those boxes and enables us to see the activity when it occurs.”

You can read more about CapitalTracker on the Ipes website here.