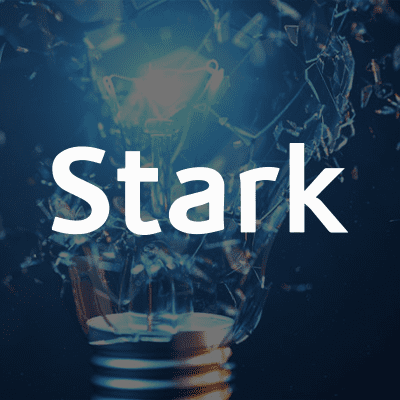 Stark Software International Ltd develops and sells a wide range of innovative products and services that give organisations a tried and tested way of reducing their energy consumption and cutting CO2 emissions. Since 1981, Stark has been at the leading edge in developing powerful energy information systems used by major energy consumers around the world including British Airways, Total UK, WH Smith, GAP, Rolls Royce & Bentley and the British Library. The company also works with all the UK’s major electricity suppliers.

In the commercial and industrial markets, particularly those organisations that consume more than 100kW of electricity, meter readings are taken at 1/2 hourly intervals. There are 110,000 of these organisations in the UK, accounting for approximately 40% of the country’s total consumption. This market is known as the half-hourly market.

The remaining electricity supplies are smaller and include domestic residences and small offices. The meters for these supplies are read monthly or even less often. This market is referred to as the non-half-hourly market and there are around 20 million meters in this sector.

In order to make the market as open as possible, a central electronic data interchange network was set up and all UK market participants (half-hourly and non-half-hourly) need to use this network to send messages to each other to start and terminate contracts, send daily or monthly consumption data and so on. The whole market is centred on this network and new companies joining the market need to be approved through a series of rigorous technical tests witnessed by auditors. This prevents a breakdown in the market through incorrect usage of the data networks linking all participants. Gaining approval to the market through these tests takes around 3 months.

Stark’s existing M&T technology was more than capable of reading the electricity meters used to measure consumption. But in order to participate fully in the market as a data collector and data aggregator, for both half-hourly and non-half-hourly markets, Stark needed to develop highly complex middleware that could interface its M&T software to the electricity data network.

Stark engaged Ballard Chalmers and a team of our software engineering experts worked closely with them to develop the middleware — a project that took some 18 months and involved some highly sophisticated and leading-edge design and development techniques. The system was developed in ASP.NET, C# and Oracle PL/SQL. Stark’s own data collection and monitoring system is developed in Visual C++ and supports both Oracle and SQL Server databases.

At daily intervals, the Stark software communicates with each meter, obtains a reading for each half-hour of consumption and delivers this to the recipients. Stark is responsible for hundreds of thousands of items of data each day, with 48 readings taken from most meters every night for thousands of customers. The database for the system contains in excess of a billion meter readings.

With a deep understanding of the regulatory mandates and the complexities that would be faced in interfacing to the electricity markets data network, Ballard Chalmers is one of the very few specialist organisations in this country able to develop the highly intricate middleware that Stark needed.

The development of the Stark middleware application has now been completed although, as with all complex development projects, it is subject to constant enhancement and innovation due to changing regulations and the increased requirements from the ever-growing user-base.