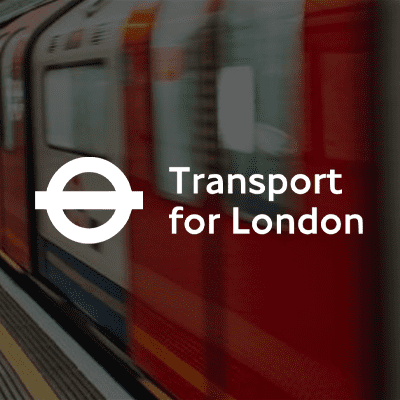 “The development of the Oyster card system, with contactless payments and other features, was a massive .NET development, involving enormous data volumes and requiring the best development team…Ballard Chalmers contributed to the success of this project by supplying critical resources…” Head of Fares and Ticketing Development Team, Transport for London

Transport for London (TfL)is the government organisation responsible for the transport system in Greater London. This includes London’s network of roads and various rail networks including the London Underground and London Overground.

Transport for London (TfL) is the local government organisation responsible for most aspects of London’s transport system. One of the ways in which travellers can pay for their journeys on this system is by purchasing an Oyster card, a contactless smart card system introduced for public use in 2003, which can be used to pay individual fares (pay as you go) or to carry various Travelcards and other passes.

Shortly after the introduction of Oyster, there was rising demand from customers for Oyster on services operated by London based train operating companies (TOCs). Progress on this was slow, partly because the TOCs felt unable to participate due to the rights vested in their franchise contracts.

In 2006, TfL struck a deal to solve this and between 2006 and 2009 they negotiated with all nine London TOCs to agree on the acceptance of Oyster. Ballard Chalmers resources helped TfL build the Revenue Apportionment Engine, which made the partnerships between the different TOCs work, as well as giving travellers a seamless payment system integrated across the different operators.

Back in 2009, TfL had calculated that in-house development would be most cost and time effective, but their own resources could not take on all the extra workload. At the time TfL Project Manager Jayne Davidson said, “We had the necessary in-house expertise to develop the Revenue Apportionment Engine. But we could not take all of our specialists off the existing projects, so we decided to bring in a highly proficient contractor to work alongside our development team.” That highly proficient contractor was Ballard Chalmers.

With the successful delivery of the TOC project completed, the relationship between Ballard Chalmers and TfL expanded significantly and our consultants and software developers stayed on to augment TfL’s in-house development team, two of whom started as Ballard Chalmers employees and went on to become permanent members of the TfL team, a progression in which clients are fully supported where this is desired. Evolving out from the TOC project, the team at TfL was briefed to help deliver on the “Future Ticketing Programme.”

The Future Ticketing Programme arose out of an analysis of emerging technologies and the work on the cost of revenue collection. A TfL study in 2006 had identified the customer payment alternatives that might become available by 2015, of which contactless payment cards was one. The cost of revenue collection shone a light on the cost of ticket selling, a process that could be radically changed with the acceptance of a payment product issued by the wider payments industry.

Ballard Chalmers’ solution is a fully bespoke .NET / SQL Server product that deals with a wholesale update of the way the Oyster card is used and the way payments are taken and distributed. The most obvious of these, from the customers’ point of view, is in the way that contactless payments are accepted at entry and exits gates, allowing them to pay with a swipe of their own debit or credit card. This is just part of what has been achieved. The solution also includes:

The development process is AGILE. Test-Driven Development (TDD) is a central part of the process and there are a huge number of automated tests that test all aspects of the system. There are so many tests that it takes many days to run the full set and so the automated build deploys to multiple servers and runs different test sets on each and consolidates the results at the end. The full system is built and tested each night as follows: Create multiple new virtual machines in VMware; build and deploy the software to them the included databases; run all test scripts and then present the VMs to the test team for further analysis the next morning.

In 2015 Dr Sean Smith, head of the Fares and Ticketing development team at TfL said, “The development of the Oyster card system, with contactless payments and other features, was a massive .NET development, involving enormous data volumes and requiring the best development team. The project was constructed and mentored to use Scrum Agile, while using the Microsoft Scrum templates in TFS to control and log the development process. Ballard Chalmers contributed to the success of this project by supplying critical resources including: TFS build engineers, MVC C# developers, C# messaging and workflow developers and SQL Server development DBAs.”

The number of journeys made using Oyster on National Rail increased sharply in the first few weeks after the January 2010 launch and has continued to grow steadily since. Studies undertaken by the Massachusetts Institute of Technology demonstrated that accepting PAYG has directly increased train operating companies’ revenues by 6 per cent in London, or by more than £100m per year.

According to TfL, Oyster is now the principal travel ticket in London. As of February 2014, 87 per cent of journeys on TfL’s services were made using Oyster, equating to 12.7 million taps per day. Oyster is cited by TfL as “the world’s most successful smartcard ticketing system” and the upgrade of the Oyster card system has reduced the cost of revenue collection by more than one third and has been central to improving customer service and customer satisfaction.

Advances in technology and the rising expectations of TfL customers continue to drive many changes in the payment area. As a TfL partner Ballard Chalmers continues to work alongside them in making this happen.

Geoff Ballard, Chief Technical Officer at Ballard Chalmers said of the project, “Contactless payments and integration with the TOCs are strategic developments for TfL and building a large and sophisticated in-house development team was an essential part of achieving them. I am proud that we were able to ensure the successful outcome of these projects by supplying a number of the key resources including: Senior TFS Build Engineers, MVC developers and .NET Messaging and Workflow developers.”

At the 2014 Microsoft Future Decoded forum, TfL’s Shashi Verma, Director of Customer Experience, delivered a keynote talk further detailing the technology used in the implementation of the Future Ticketing Programme, which you can view here: