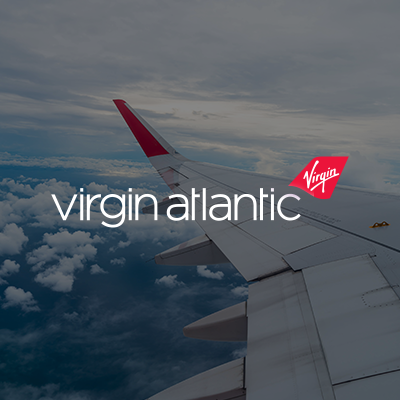 “You have a real knack for bridging the gap between technology and the business and I know our teams from the Contact centre and Loyalty have been so grateful for your understanding of what they need.”

Virgin Atlantic  Airways (VAA) is a British airline based out of nearby Crawley. With its first flight in 1984, Virgin Atlantic planes now take people from the UK directly to USA, the Caribbean and other destinations.

The situation that we were presented with was to provide an MVP build to support the new loyalty program, Virgin Red. Virgin had an existing loyalty program hosted on-premises that they wanted to retire. The new service was to be hosted on the Microsoft Azure platform and operate as a loosely coupled microservice architecture.

It would achieve this whilst fusing together the data coming in from a variety of other services.  However, there was a problem. The services the microservice would integrate with included not just other microservices but a complicated mixture of Azure-hosted microservice APIs alongside older or legacy Soap web services. Some services were available only via direct connection to an Oracle database.

The solution adopted was to build a new microservice-based REST API that would act as a façade layer using the API gateway pattern. This would be the only service that the UI would communicate with, to the UI it would be the API. This allowed the service to present a clean, straightforward, consistent REST API for the front-end application. All the messy details of communicating with the multiple service dependencies built on different tech stacks would be hidden from view. Where the API needed to bring data from multiple services, API composition techniques were used to aggregate the data from all the disparate services.

Along with the API service layer, Ballard Chalmers additionally took on the UI development. This was achieved using Microsoft Power Apps, a development platform well suited to the fast-paced project. The ability to quickly prototype new UI components allowed the team to respond to the rapidly evolving business requirements.  Integration with the API service layer from PowerApps was solved by ingesting the API interface into PowerApps using a custom connector. This allowed the team to give regular presentations to the business, demonstrating the latest UI development work along with the progress on integrating the API.

Despite the project as a whole being severely short-circuited by the coronavirus outbreak the team was able to achieve a successful outcome for the client with a successful MVP and ultimately a successful production rollout of the new Virgin Red programme.

“I wanted to take the time to say a HUGE thank you for all your hard work over the last few months with us at VAA. Your skillset has been massively appreciated and I know the team have learnt a lot from you. You have a very patient and calm nature which really has helped us in this frantic period especially dealing with so many tweaks and changes right up to the last minute!

“You have built us a beautiful PowerApp and we will be sure to include you in the credit and celebrations when it goes live. You have a real knack for bridging the gap between Technology and the business and I know our teams from the Contact centre and Loyalty have been so grateful for your understanding of what they need and demoing so clearly to them the functionalities you have built.

“The team also really love and respect you. You have bought a lot of experience that they will gain from and I know they enjoyed the respectful way you worked with them day-to-day.

“It has not been an easy time to be part of the Virgin family but you have remained calm and adapted to our changing demands – we appreciate it.”