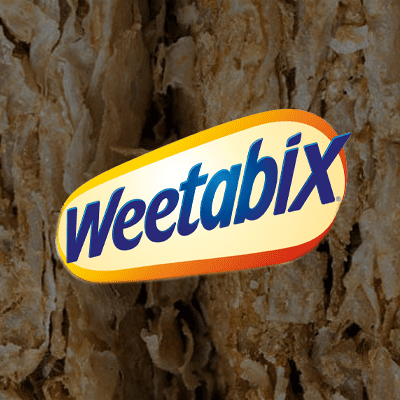 “Ballard Chalmers integrated with the IT team brilliantly and were extremely professional at all times. The reason it worked so well is that everyone had Weetabix’s best interests in focus throughout the project.” Head of IT, Weetabix

Weetabix identified the need to consolidate its legacy applications and multiple data sources into a unified data warehouse so that it could efficiently interrogate and extract vital business information in a timely way. This central data repository was branded ‘Databix’ to enable greater internal visibility and adoption.

For the project to succeed, it required a professional, crossfunctional team capable of delivering the diverse range of tools and services in a variety of Microsoft solutions including SQL Server, BizTalk Server, SharePoint Server as well as DBA skills and expertise in Business Intelligence and data warehousing.

The collaborative efforts of Consolidata, with its proven expertise in the Business Intelligence and data warehousing field, combined with Weetabix IT team’s operational experience and knowledge of the legacy system, proved a formidable working relationship.

However, both parties were aware that once the data had been consolidated and ported onto a .NET environment, the Weetabix IT team’s skills would need to be developed in line with the workings of the new data warehouse.

In order to achieve the level of self-sufficiency Weetabix needed, the migration project would have to incorporate extensive training and mentoring across the new platform. Consolidata’s skills portfolio did not extend into these areas, so it was imperative that they partner with an organisation that could provide the same kind of assurances to Weetabix, from an education and coaching perspective, across the whole Microsoft stack.

Consolidata turned to Ballard Chalmers and it was clear from the outset that there was a strong synergy between the two companies and would provide the right combination of skills and experience to tackle the challenges of the overall project. This dual approach provided the assurances that Weetabix needed and Consolidata and Ballard Chalmers were offered the contract.

The next step was ensuring there was a process in place to work together. Mark Dodd, Joint Founder & CEO at Consolidata said, “Demarcation is the key, both in who leads the relationship, who is the central point of contact for the client, and understanding responsibilities for delivery at the various project milestones. By ensuring this process was established up front, we had good, clear communication throughout the project and worked fantastically as a team.“

Very quickly the three organisations integrated and began working together to build the data cubes.

“The fact that Consolidata and Ballard Chalmers were partners made no difference to the project or to Weetabix. They acted as one” explained Ian Warne, Head of IT at Weetabix. He continued, “Both Consolidata and Ballard Chalmers integrated with the IT team brilliantly and were extremely professional at all times. The reason it worked so well is that everyone had Weetabix’s best interests in focus throughout the project.“

The Databix project continued with both partners supporting Weetabix in their respective areas of expertise. Consolidata and Ballard Chalmers have since worked together on a number of other successful projects and are committed to finding new opportunities that can exploit their alliance.

Of the project Graham Scanlon, Application Development Manager at Weetabix said, “The standard produced from this partnership was vibrant, exciting and informative for the team. The Databix Vision and outcomes have grown substantially since the new data cubes were handed over. The implementation of the cubes and the descriptions around measures have enabled the development team to create many layers of business intelligence from a Sales and Stock perspective. Some are housed within the Databix Document Management Portal and some housed through traditional means such as Excel Services and Reporting Services.“