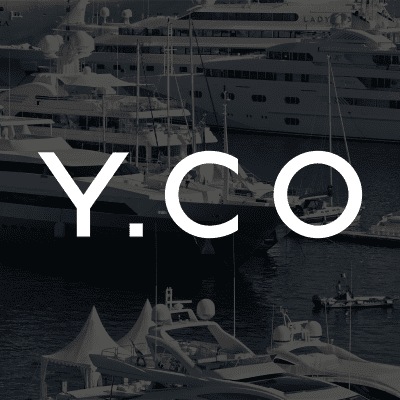 “Their levels of transparency and honesty distinguish them from other providers. Their team’s upfront, which is a relief because they’re dealing with our core application. They make recommendations based on our best interests.”

Y.CO is a yacht management company based out of Monaco, specialising in sales, purchase, charter, management, construction and refit. Y.CO is recognised as a leading company within the industry, supporting over a hundred large yacht operations internationally.

Y.CO was looking for a company to take over the management of its core applications – Y.CO Live and Y.Box – in order to stabilise and evolve them to modern standards. These applications are hosted in the cloud and also installed on each vessel managed by Y.CO.

The applications manage certifications, safety procedures and crew rotations. They were originally developed using the Microsoft development platform, ASP.Net MVC, and SQL Server in particular. The core application is deployed in a data centre, and Y.Box is deployed on circa 50 yachts worldwide.

The transition of the Y.CO core application was done with the following steps:

We began by setting up an Azure DevOps subscription and Azure subscription for Y.CO. The first step was then to copy the source code from the current source control system and move it to a GIT Repo in Azure DevOps and implement an appropriate branching strategy.

The next stage was to create and configure a Test Virtual Machine (VM) in Azure and install and configure IIS and SQL Server for Test and UAT purposes. That done, we obtained a copy of the test database from the existing on-premises servers and transferred it to the new Dev and Test VMs in Azure.

Next, we wrote and executed a SQL Script to obfuscate any client data in the test database, for GDPR and set up the Dev VM so that the Y.CO Live software could be successfully built and deployed to the Azure Test VM.

Finally, we carried out a full review of the source code and the database schema to ensure that the BC support engineers had basic familiarity with it; made a simple change to the system and checked that it could be deployed to live versions of Y.CO Live and Y.Box.

The final steps of the transition were a written deployment document to support manual deployment from DEV to TEST to UAT and LIVE and the setup of our support ticketing system, for Y.CO to raise and manage support tickets.

The transition was completed successfully and Ballard Chalmers now full manages the system and is undertaking ongoing critical support and enhancements to the system. The support is flexible and uncomplicated, being used for fixes and updates, as well as training, mentoring, informal Q&A, routine maintenance and system health checks.

As the next stage, a detailed roadmap was created in order to add new features to the existing application and eventually specify and develop a more modern replacement system.

The IT Manager at Y.CO gave the following feedback: “Ballard Chalmers took over the software’s management and helped us to stabilize it. Their team is also evolving the product to modern standards. We have a detailed roadmap that they are now helping us to achieve. Their team understands our business context and gives us advice if we’re going down the wrong path.

“Senior stakeholders are absolutely delighted that we chose Ballard Chalmers. A key stakeholder who manages the application from the business side is frequently in contact with them. Overall, the feedback’s extremely positive.

“Their team’s extremely competent. Unlike our previous vendor, I don’t have to worry about their ability to complete tasks. They’re engaged and turnaround results quickly. Whether it’s competency or cost, it’s all positive.

“Their team’s proactive and goes beyond the role of a supplier. They’re more of a partner and fill in that role perfectly. Their team’s not afraid to tell us when they think that we should pursue a different option.”